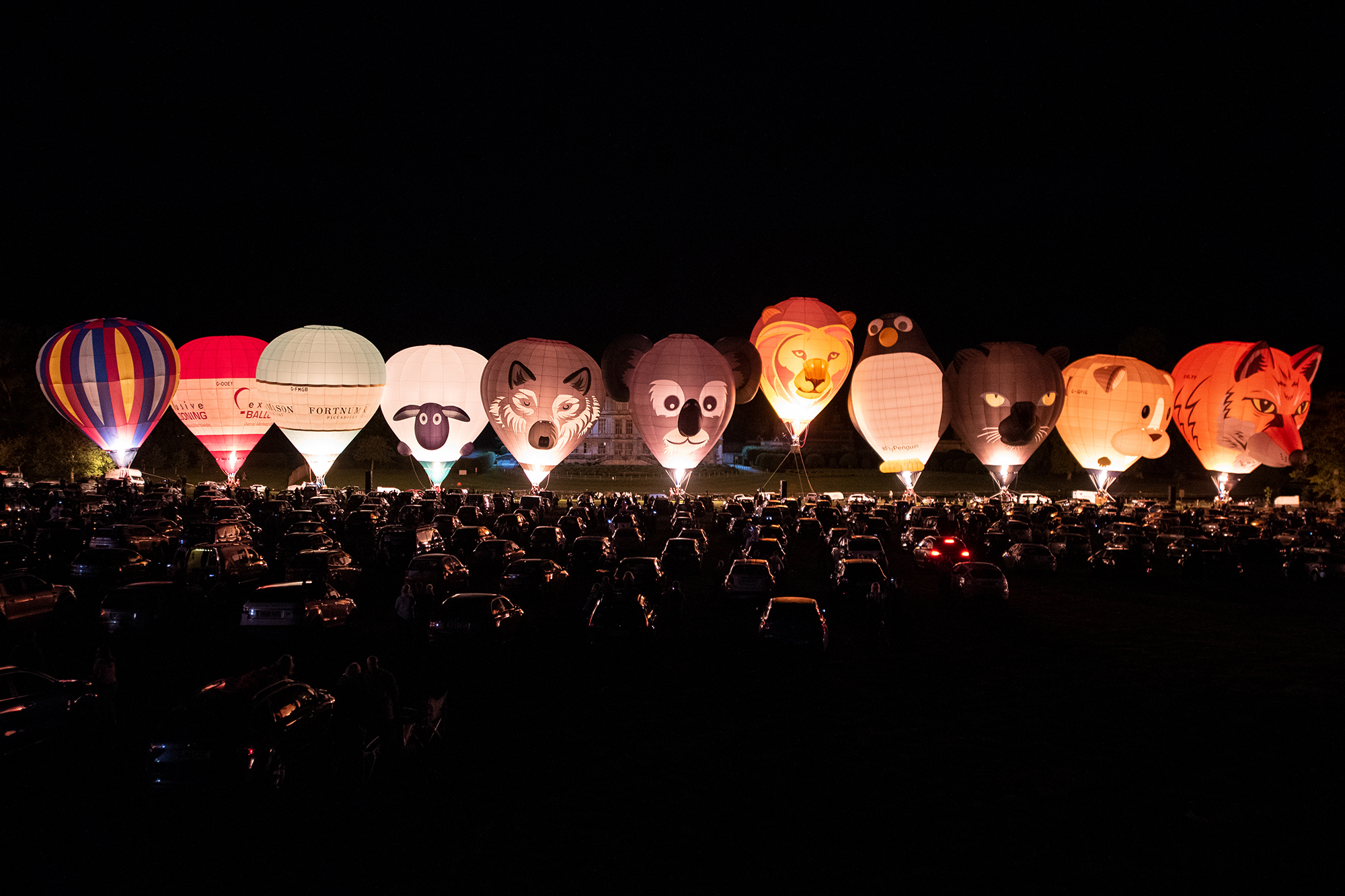 Exclusive Ballooning have once again accomplished a first of its kind, world class concept – the Drive In Night Glow!

The annual Exclusive Cup SkySafari event was unable to take place this year due to the restrictions in place regarding Covid-19. In its place for 2020 was this brand new event which was the only publicly attended hot air balloon event of the year.

The event took place at Longleat Estate on the evenings of the 11th and 12th of September, which saw four hundred vehicles and 1500 people each evening arrive to watch the wonder that was about to unfold.

Over forty balloons across the two days lit up the skies of Longleat for everyone who came to watch. The public remained in or around their vehicles whilst observing social distancing from each other.

The public engagement was fantastic with people joining in flashing their headlights and waving their torches to the music.

We’d like to thank Longleat, our volunteers, the pilots and their teams as well as all the public who attended for being part of this worlds first ever Drive In Night Glow!