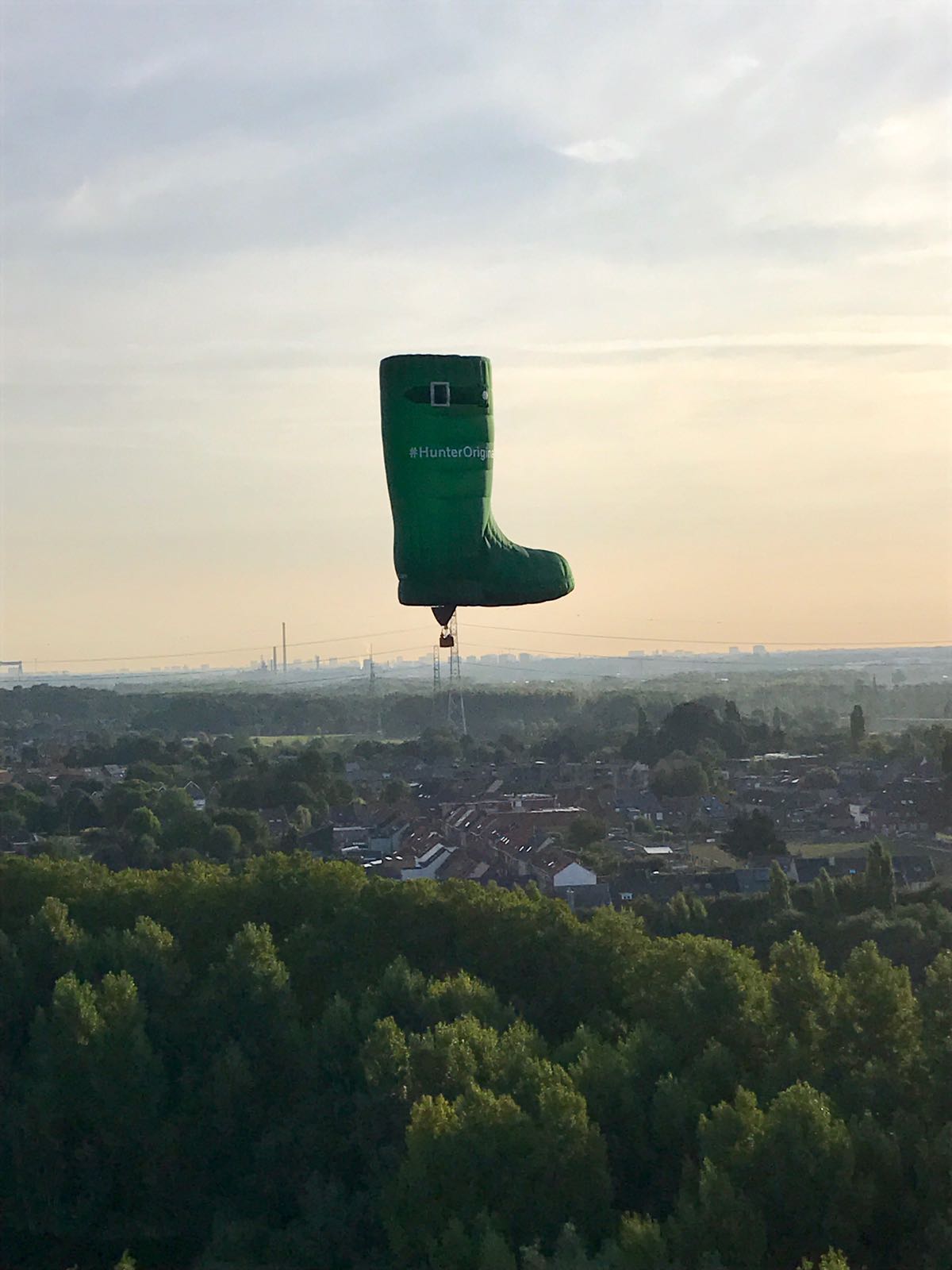 Stepping Into The Netherlands

Following on from its recent Italian Tour, our giant Hunter Boot special shape hot air balloon, travelled straight to the Benelux countries to fly at multiple locations in Belgium and the Netherlands and successfully flew in seven different cities in seven days!

First stop was Antwerp; Belgium’s second city and biggest port, steeped in medieval history, a place of cobbled streets and quaint architecture. Launching from the West of the city, the 120ft Hunter Original flew over the Vlinderpaleis, the federal courthouse and then criss-crossed over the Scheldt river.

Then onto S’Hertogenbosch or ‘Den Bosch’ as it’s locally known, in the Netherlands.  An arty city of festivals,  with the picturesque River Binnendieze running through its heart.

The weather was on our side at this point and we then went directly onto Utrecht, an ancient city dating back to Stone age times, but is now a vibrant University city on the River Rhine.  We flew over St Martin’s Cathedral and Cathedral Tower, these two buildings used to be connected  but the nave collapsed in 1674.  This tower is the tallest church in the Netherlands at 368 ft high.  The Utrecht central is the largest and busiest station in the country.

Next it was Rotterdam, where we secured permissions to fly out from the airport (before it opened for commercial airline flights!). Rotterdam is home to the largest port in Europe  (and second largest in the world) – it took 40 minues to overfly this vast area. We also saw the stunning and iconic Erasmus Bridge.

Onwards to Arnhem, renowned for one of the most famous battles of World War II – the film – A Bridge too Far, was based on the events here. Now, a peaceful city on the Rhine with a wealth of museums.  We flew right over  the city centre.

Next stop Nijmegen, one of Holland’s oldest cities, with historic buildings, ancient squares and the oldest shopping street in Holland.  We took off to the north of the city centre, we flew over the Stevenskerk Church and the central square Grote Markt and Radboud University, we continued onwards and also flew over Katwijk and Cuijk.

The final city on this tour was  Alkmaar, with its lovely old city centre, the famous cheese market, and the dunes and beach nearby. We launched from the city centre amidst rush hour.  From the air the polder that the city is built upon is clearly visible.

After an incredible seven flights in six days, the team are now en route back to the UK for a short period of time before heading back to Europe for more adventures.