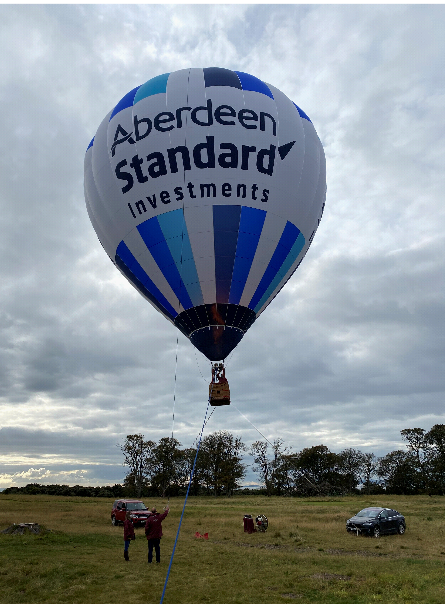 For the second time this year the Aberdeen Standard Investments Hot Air Balloon attended The Renaissance Club in North Berwick, Scotland for the Scottish Open 2020.

Due to the current COVID-19 restrictions in Scotland the event was held without general public in attendance. Coverage of the event was streamed on Sky Sports with other local news outlets broadcasting the highlights.

The weather conditions were varied over the course of the event which saw five hours of tethering in calm conditions on Thursday which culminated in a spectacular free flight from our position on the golf course and landing south of North Berwick. Friday became a bit more challenging but the expertise of our team meant the balloon was kept inflated for nearly two hours before the wind conditions increased above the maximum limits.

Saturday was filled with rain and saw some surprise movements in the event standings which made for an interesting final day on Sunday though the wind conditions were still slightly too high for any ballooning activity.