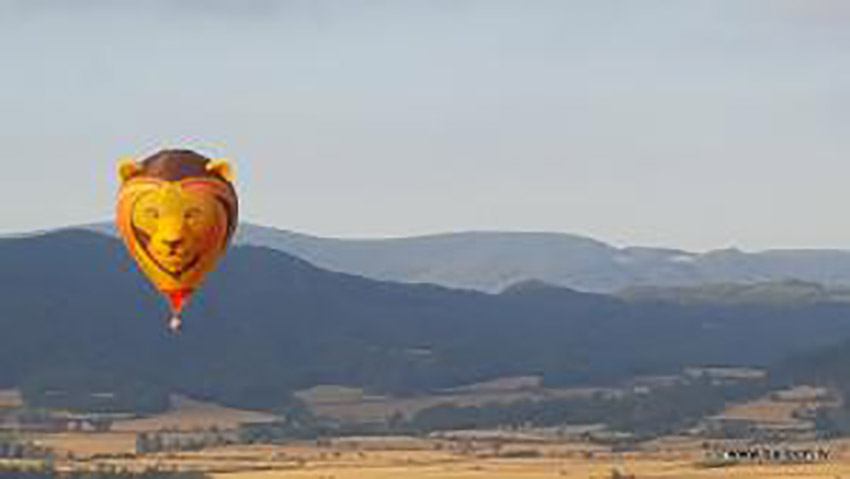 Simbaloo, the Longleat Lion visited Spain this week for the European Balloon Festival held in Igualada.

This is the second year that our special shape lion has visited Igualada and attracted much attention from the crowds and press.

Organised by hot air balloon manufacturer Ultramagic who are based on Igualada, the event is located an hour away from Barcelona and is the largest balloon festival in Spain and one of the largest in Europe.

On the Saturday night, Simbaloo was one of the few balloons to light up the night sky in a spectacular night glow, which attracted thousands of people on site.

Simbaloo can next be seen at the Bristol International Balloon Fiesta in August and then he will be returning home to Longleat Safari Park for the Exclusive Cup Sky Safari event in September.