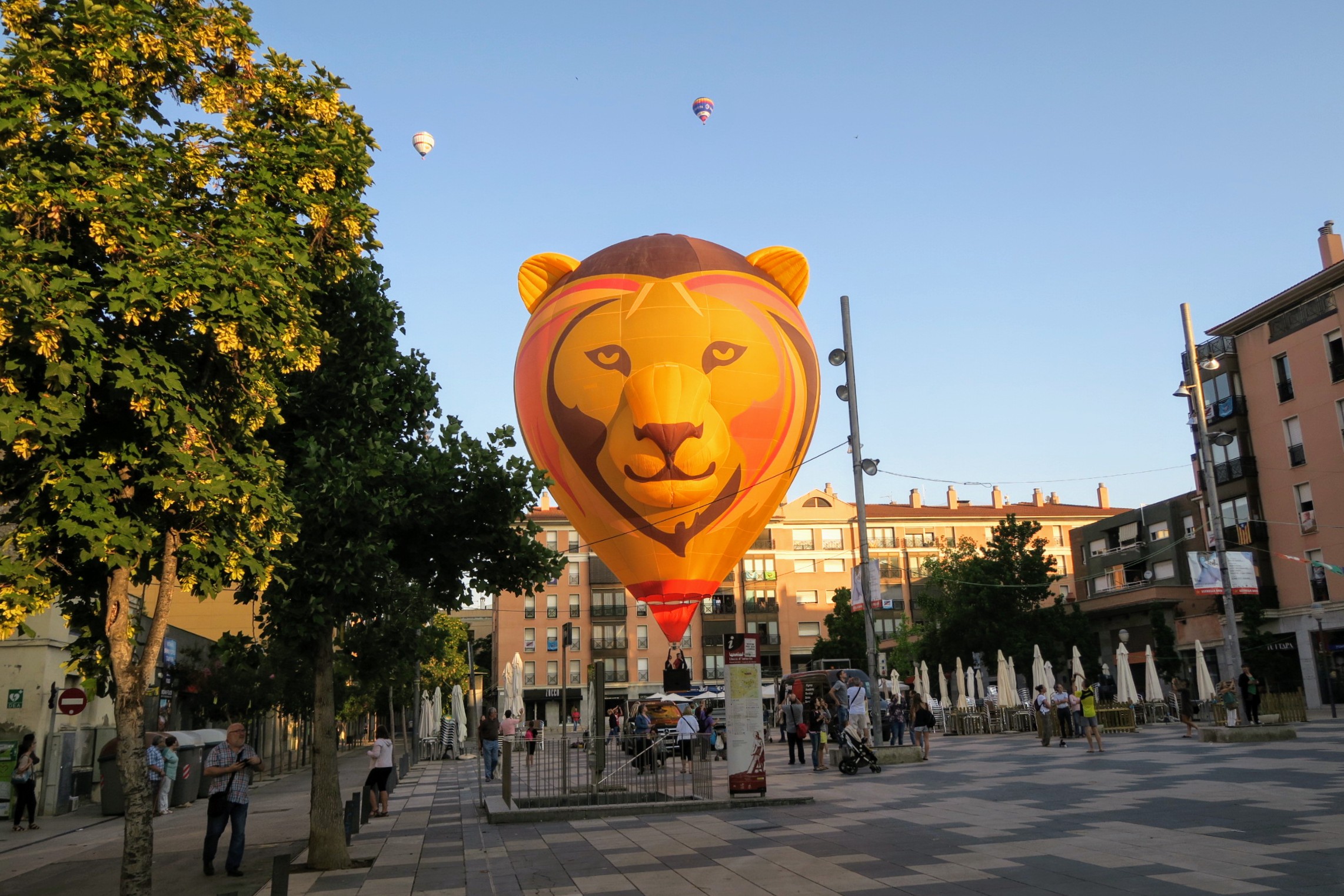 Simbaloo Soars Over Spain At The European Balloon Festival, Igualada

This annual festival is in its 22nd year and is organised by the famous balloon manufacturer, Ultramagic, who indeed built our friendly special shape Lion hot air balloon.

This is the largest balloon festival in Spain with over 50 balloons attending  the event in Igualada, in the Catalonia region just outside of Barcelona. The event attracts pilots from all over Europe and offers a combination of fun flights, competition flying and a finale to include a night glow. Thousands of visitors attend to see the balloons along with international press.

It was Simbaloo’s 3rd visit to the event and the flying conditions were spectacular, as was the scenery.  He kept good company as there were several other special shapes attending, including a brand new balloon in the shape of a dog, Morris the donkey and a giant gas cylinder.

Simbaloo is now en route back to the UK where he will be attending the Bristol Balloon Fiesta in early August and then of course he will be leading the pack at the Sky Safari Balloon Festival, which is held at his home of Longleat Safari Park, Wiltshire. Sky Safari will take place on 13th – 14th September.