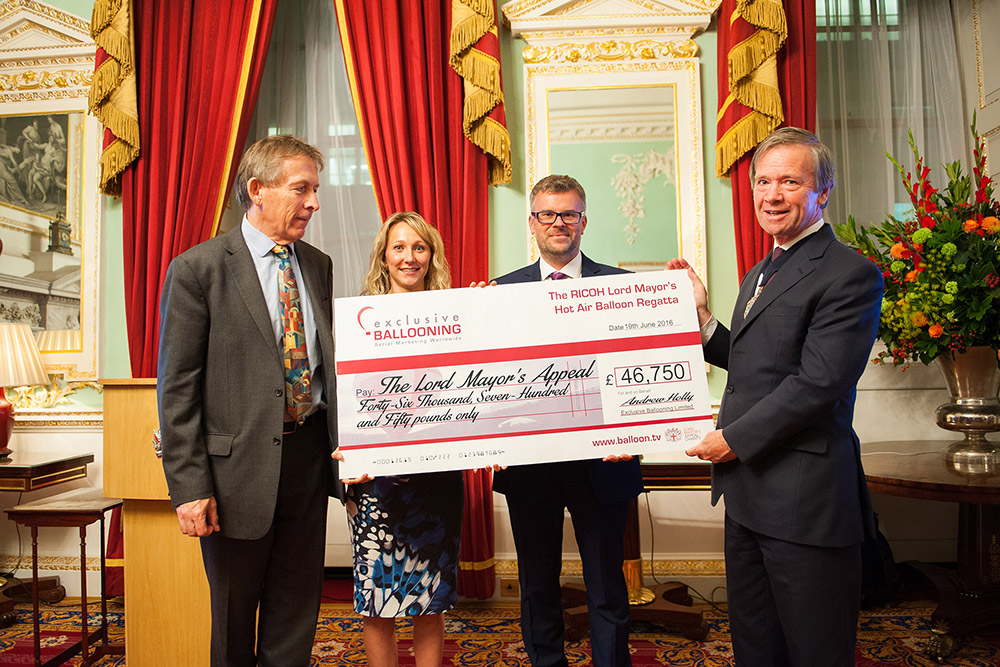 Exclusive Ballooning returned to The Mansion House this evening to celebrate the success of the 2016 Lord Mayor’s Hot Air Balloon Regatta and to officially launch the 2017 Regatta.

The Rt. Hon. The Lord Mayor of the City of London, Alderman Lord Mountevans and The Lady Mayoress welcomed the Exclusive Ballooning team and their invited guests into their home in London and hosted a fabulous reception in the Drawing Room of the historic Mansion House.

The Lord Mayor addressed the guests and passed on his thanks for supporting the Regatta and the Appeal charities. Describing their flight at the Balloon Regatta as the ‘highlight of the year’ the Lord Mayor and Lady Mayoress confirmed that this is now an annual event firmly in the Appeal’s calendar and has the full support of Mansion House.

Exclusive Ballooning’s Director Andrew Holly also addressed the room, thanking the Lord Mayor, the Lord Mayor’s Appeal and the corporate sponsors of the Regatta for their support. Andrew was then delighted to be able to present the Lord Mayor with a cheque for the total funds raised by the 2016 Regatta; a fantastic sum of £46,750!

The standby dates for the 2017 Regatta have been confirmed as June 4th,  11th,  18th,  25th. For details of the 2017 event, please visit www.BalloonRegatta.com or follow the Exclusive Ballooning Facebook page.