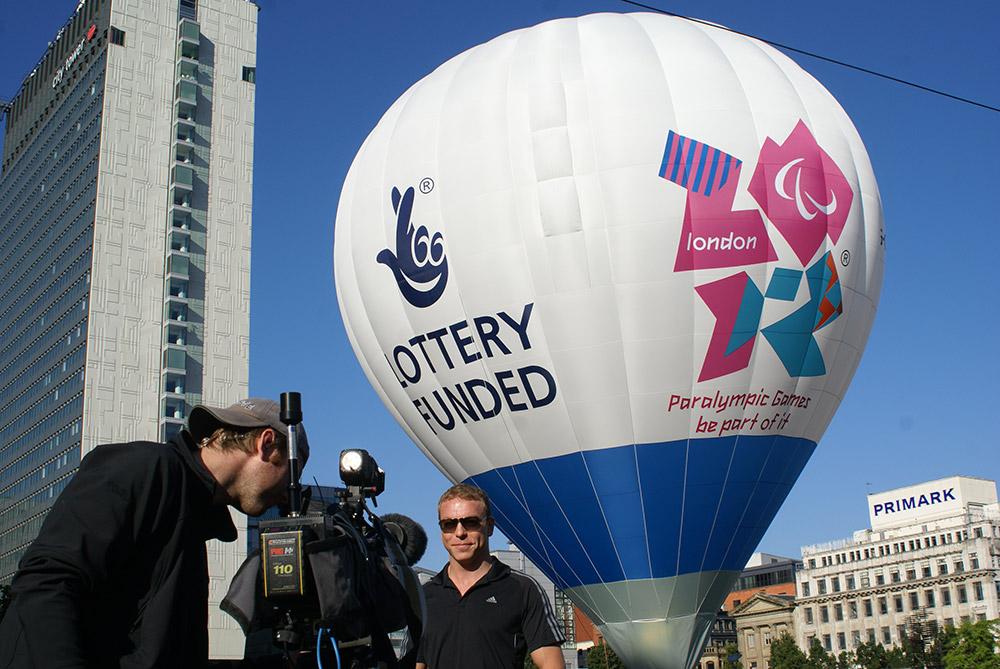 Exclusive Ballooning were in Manchester this morning with the 2012 National Lottery Balloon G-CGNL.

The hot air balloon is touring the UK to thank Lottery players for their contribution to London 2012 and to highlight the role that people from across the UK will play in helping to host the world’s greatest sporting event.

Over £25 million a week is raised by Lottery players for projects across the UK that make a real difference to people’s lives. The National Lottery is contributing up to £2.2 billion to fund the infrastructure and the venues for the London 2012 Olympic and Paralympic Games and their legacy, as well as enabling around 1,400 talented British athletes to benefit from world-class coaching and support through UK Sport’s World Class Performance Programme.

Olympic cycling champion, Sir Chris Hoy said, “National Lottery funding has been crucial to my development as an athlete. It means I can benefit from world-class coaching and support services, which helps me to win medals. It’s exciting to think that the Games are now under two years away and it’s great that Manchester and the North West has a big part to play.”

Sky News and Sky Sports News were covering the event.