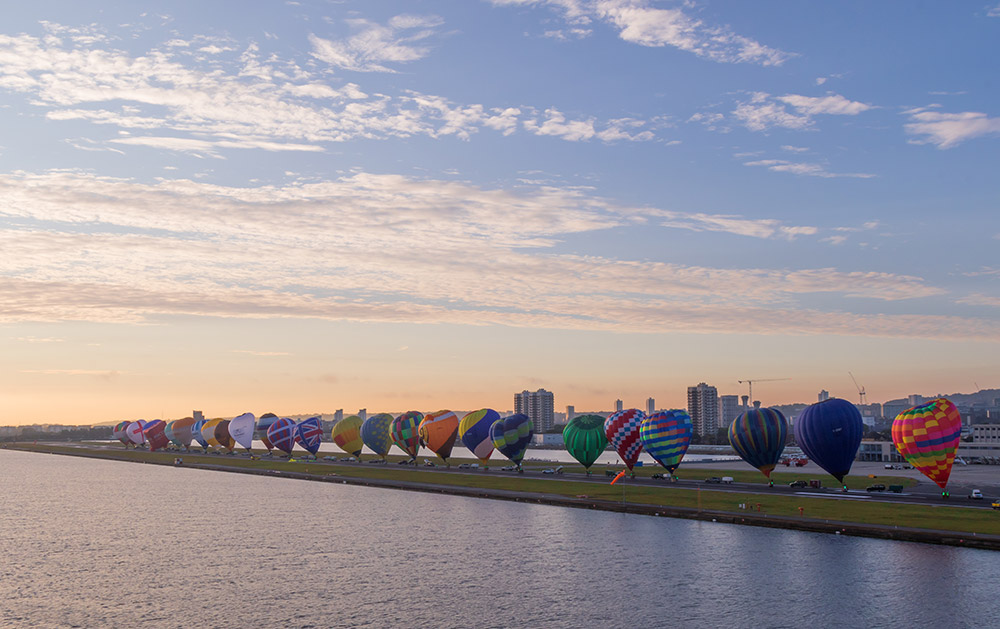 The RICOH Lord Mayors Balloon Regatta® took off from London City Airport this morning with 26 balloons launching from the main runway!

Teams arrived from midnight and had to go through rigourous security checks in order to gain access to the airport and then waited patiently on the runway for the sunrise to appear.

London City Airport are celebrating their 30th anniversay this year and welcomed the Balloon Regatta® as part of their celebrations.

This is the third Lord Mayor’s Balloon Regatta® which is now the official ballooning event of London and has the full support of Mansion House and the City of London.

#BalloonRegatta was once again trending on twitter throughout the morning and within minutes of take off, pictures, videos and stories were appearing on social media.