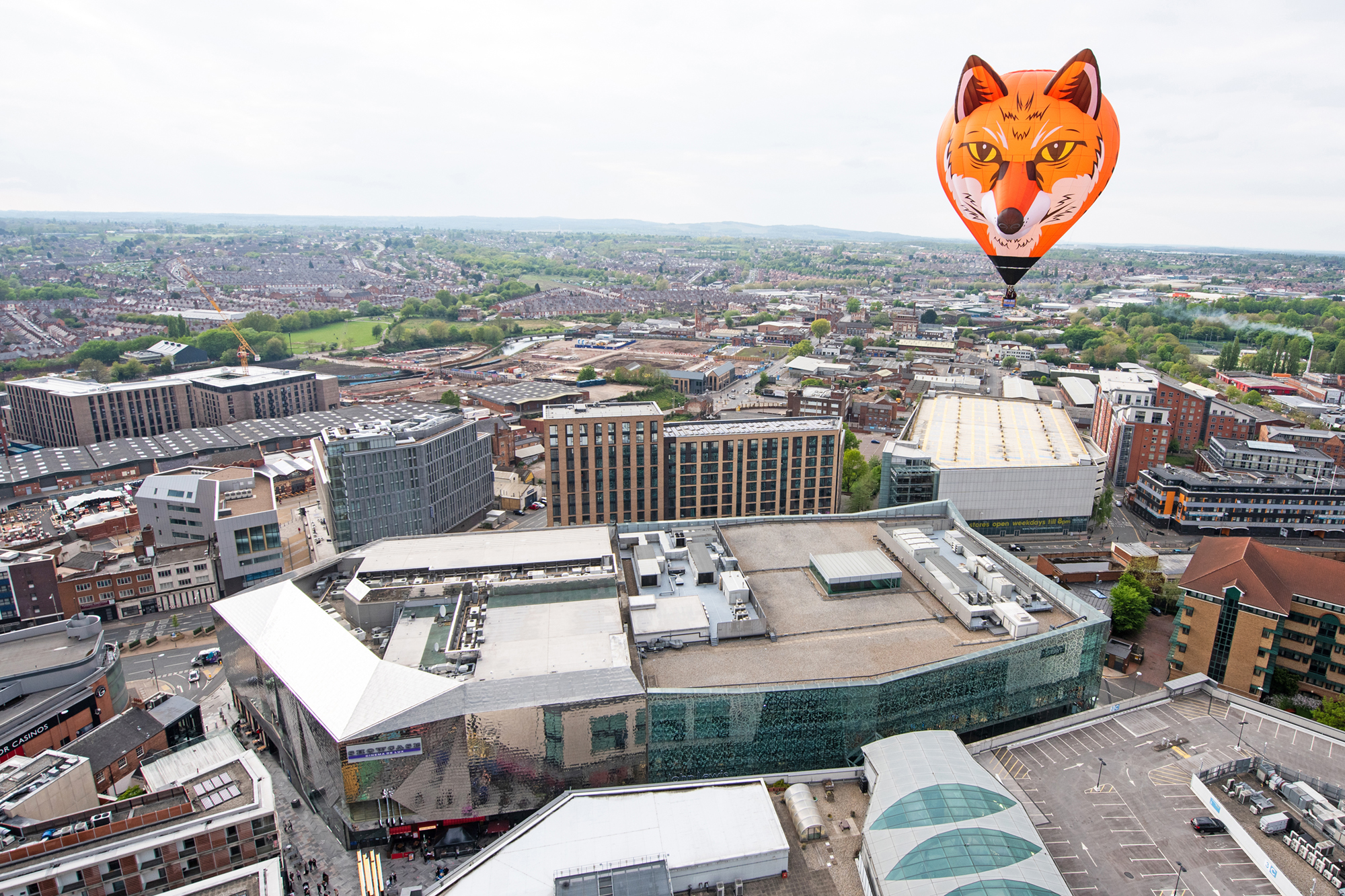 As Leicester City FC gears up for the FA Cup Final, Highcross Leicester commissioned Exclusive Ballooning to operate two hot air balloons – including one designed as a giant fox-head – to fly across the city in recognition of their support.

The game marks the first time in 50 years that the team will take to the pitch in the cup final and the mascot-shaped balloon set off from the Highcross Shopping Centre rooftop on Friday 14th May 2021.

The city of Leicester was able to take in the exciting spectacle and wish the team good luck as the balloons made their way across the city skyline.

Ex-Leicester City Player Matt Elliott visited Highcross to watch the balloon launch into the sky ahead of the weekend and said: “The community spirit In Leicester has always been incredible and I know the whole team were honoured to see such a prominent local destination show its support ahead of the weekend’s match.

“Reaching the FA Cup Final is a momentous moment for not only the club, but the entire city. There’s a real sense of support from fans across the city giving the squad the boost they need to bring the cup home.”

Jo Tallack, Senior General Manager at Highcross Leicester, said: “Whatever the result this weekend, this is a special moment for the entire city of Leicester. The last year has really highlighted the importance of community, and we’re proud to be supporting the Foxes ahead of their big game and wish them the very best of luck!

“We know that many of our colleagues and customers will be getting behind the team and enjoyed watching the hot air balloons ascent.”