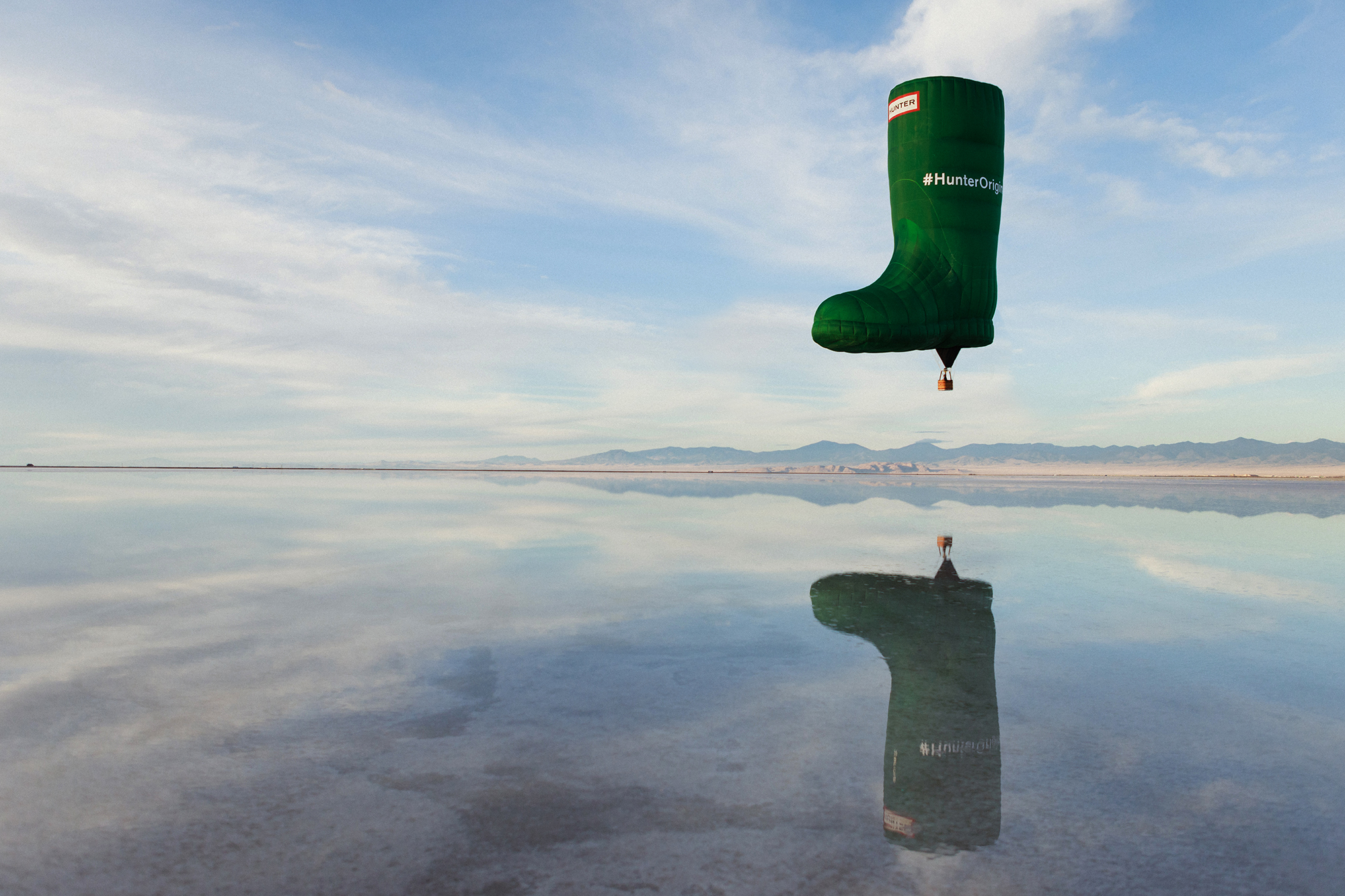 On Location In Utah with the Hunter Boot Balloon

After making history in Los Angeles, our team headed north east with our Hunter Original Boot hot air balloon and were greeted by the amazing landscape at the Bonneville Salt Flats in Utah.  They have had some unseasonal rain in the area recently which allowed for some unique and stunning  photography with glorious reflection shots captured.

The salt flats are a remnant of an ancient lake – a flat and stark environment but so very picturesque with the mountainous backdrop.  When the sun rises over the horizon the entire area glows orange.

The salt flats are also home to many land speed record attempts at the Bonneville Speedway.  Both the Triumph Bonneville and the Pontiac Bonneville were named after these salt flats.

Our team are already on the road once again and be sure to keep checking our and Hunter Boots social media to follow their US tour.