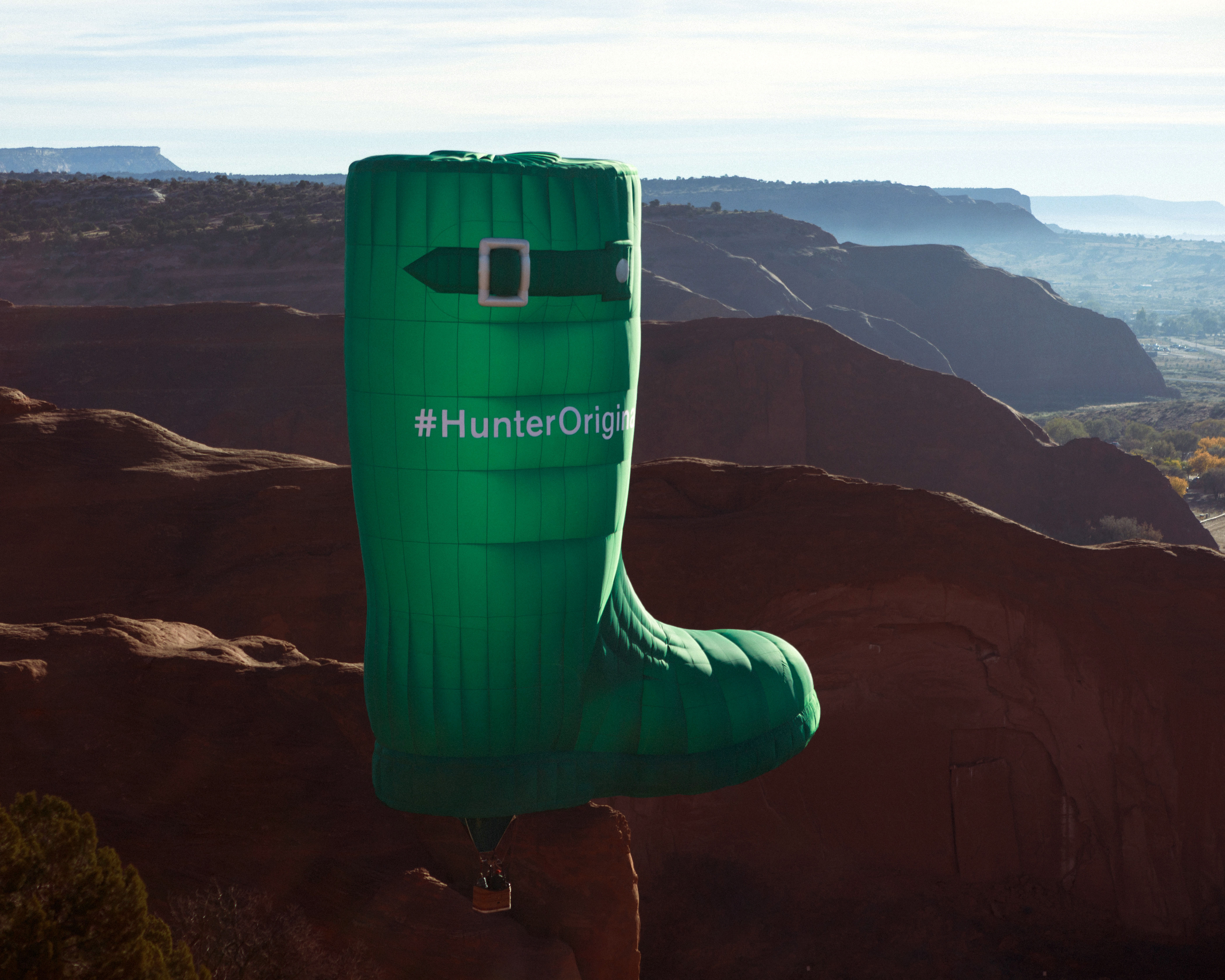 Another stunning flight for our special shape Hunter Boot, which was seen flying around the incredible red rocks of Gallup, New Mexico this week.

‘Get your kicks on Route 66’ as the song goes, Gallup is located on Route 66 and famed for the Red Rock National Park. It’s also the gateway to the nearby Navajo and Native American reservations.

Our balloon launched from the Red Rock State Park and flew up amongst the beautiful sandstone canyons and over the towering rock spires.  With the wind speeds and direction on the day of the flight we were able to fly very close to the rocks and this led to some imposing shadows on the rock formations.  The canyons, cliffs and bluffs were formed over 200 million years ago – back to the era of dinosaurs.  In more recent times Billy the Kid was filmed here and a host of movie stars have stayed at the traditional hotel El Rancho Hotel including John Wayne, Ronald Reagan, Errol Flynn, Kirk Douglas, Humphrey Bogart, Katherine Hepburn and Spencer Tracy.

Watch out for the next stop on our transcontinental journey.