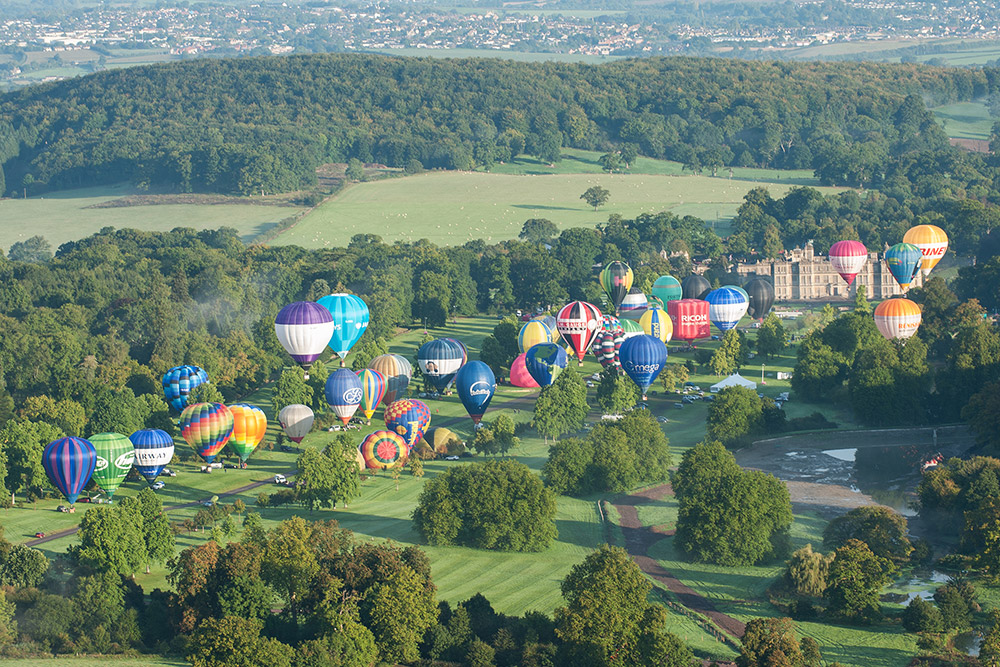 It is now official; The Exclusive Cup Sky Safari at Longleat is the UK’s largest hot air balloon festival.

On Saturday morning, 119 balloons took off from the grounds of Longleat making this the largest numbers of balloons in flight during a single launch this year in the UK. It was a stunning sight to witness and Exclusive Ballooning are extremely excited and proud of this achievement.

While the weather presented some challenging conditions the 120 balloons teams on site worked extremely hard to provide as much balloon activity as possible throughout the four-day event, with a mass ascent, tethered displays, two night glows and one basket glow.

Thousands of visitors were on site each day despite some showers and hundreds of pictures were being posted on social media with the #SkySafari.

Longleat’s very own Lion balloon, Simbaloo, was the ‘mane’ attraction along with his friends; our very own Puddles and Splash Penguins. The Friday morning also saw the arrival of their first offspring; #TallSteve! Inflated and flying for the first time, there were huge cheers from the crowds as everyone finally got to find out if it was a boy or girl!

This is only the second year of the #SkySafari and not only is this now the UK’s largest hot air balloon event but The Exclusive Cup Sky Safari is now the largest balloon competition to ever take place in the UK.

An estimated total of £46,000 worth of prizes was given away to the competing teams with almost 100 individual prizes ranging from tablet computers, drones, iPads, a holiday through to a brand new Hyundai car.

The winner of our Grand Prize Draw and therefore the new car was British pilot Robin Waite and the Exclusive Cup overall champion was Bill Baker who had come over from Texas, USA to compete. In addition to prize money, The Exclusive Cup Trophy, Bill won a brand new Lindstrand Vortech hot air balloon burner worth over £6,000.

We are delighted to be able to already confirm the 2018 dates – 13th to 16th September and we look forward to seeing you there!