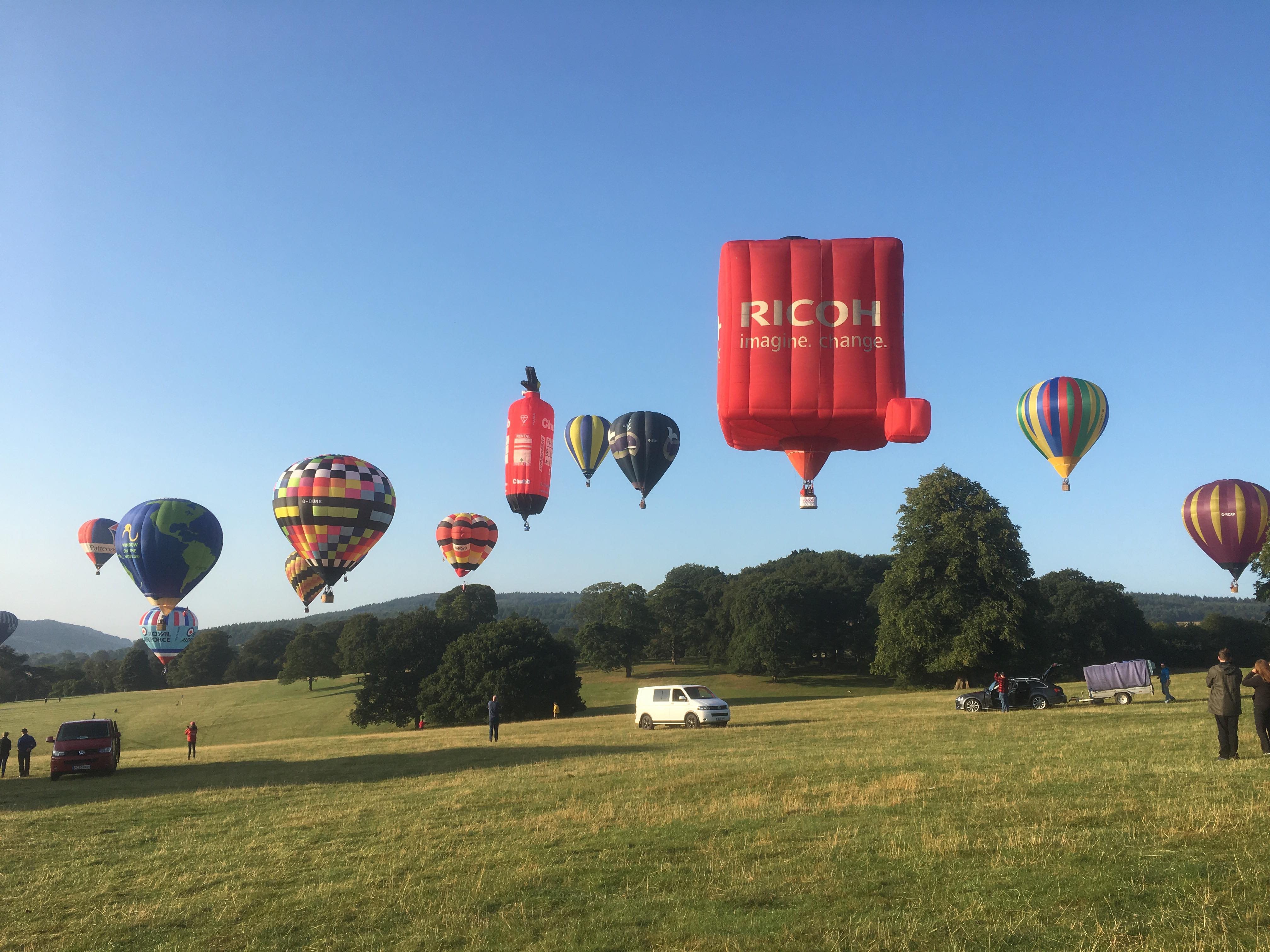 Three days of  flying in the sun at Chatsworth Country Fair 2018. Crowds in their tens of thousands turned up to bask in the glorious sunshine at the newly renovated Chatsworth House at the weekend.

Our Ricoh imagine.change. hot air balloon was part of the mass accent on Friday and Saturday morning which saw 55 hot air balloons launch in blue skies!

The summer weather continued into the evening with a stunning Nightglow on the Saturday evening, followed by tethering in the main arena on Sunday.

We couldn’t have hoped for better weather. There were a host of displays and attractions to entertain the crowds, including Dancing Diggers, a Lancaster flyby, dog shows and birds of prey, a Household Cavalry ride and plenty of hot air balloons taking to the blue skies.

Mary Berry opened the event alongside the Duke of Devonshire and Mary was later hosting a live cookery demonstration.

Visitors flocked from far and wide to the Derbyshire estate and the 2019 dates are already announced and in the calendar!