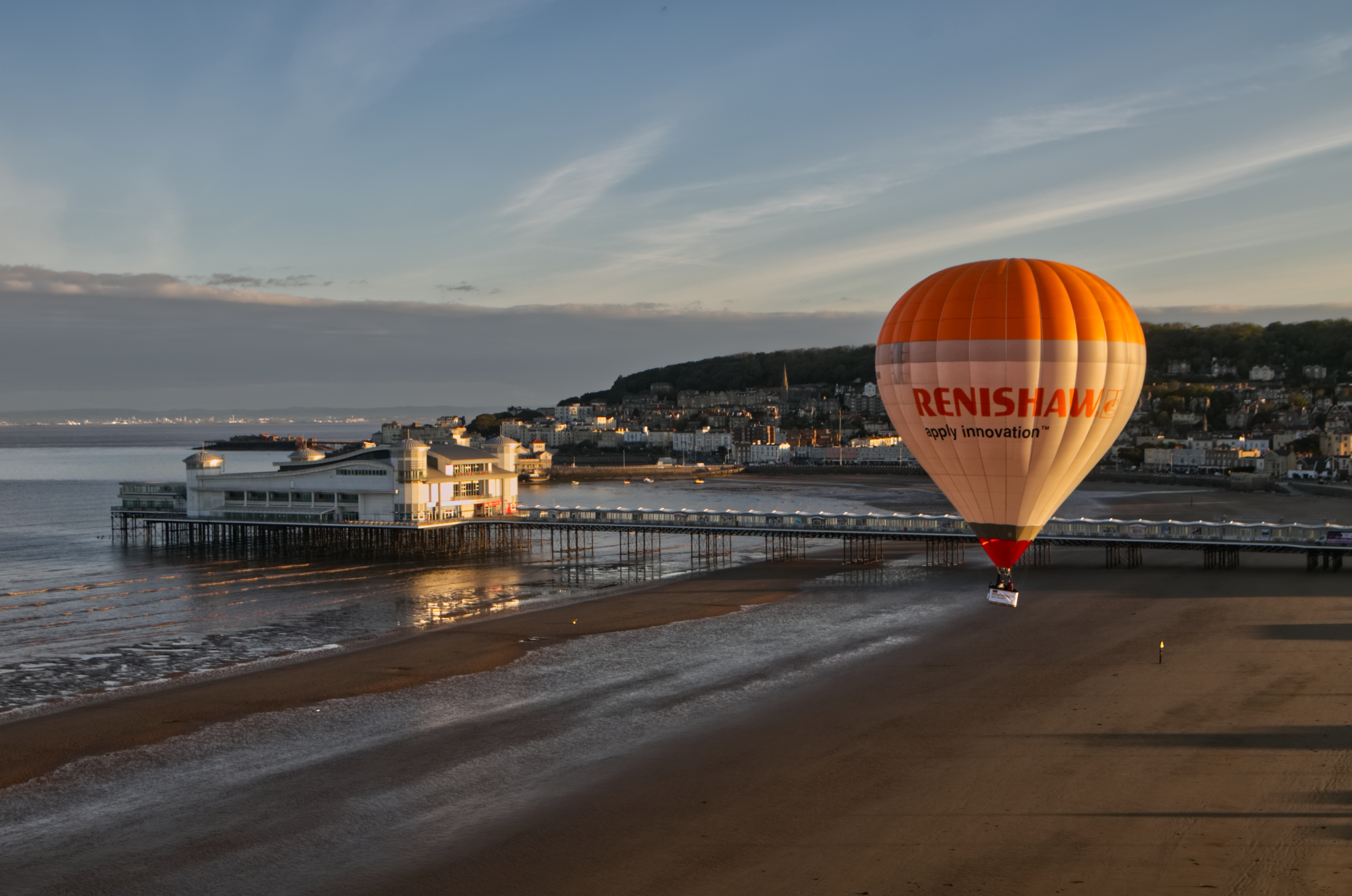 Balloons On The Beach 2019 Announced

06 May Posted at 15:25h in General, Homepage by Exclusive Ballooning
0 Likes
Share

We are delighted to announce that Balloons on the Beach 2019 will now be an official part of Weston Air Festival, with mass ascents of up to 30 hot air balloons due to take place from the beach on the evenings of June 22nd and 23rd.

Our first beach flight of the year took to the skies this morning, to announce Renishaw as the headline sponsor of Balloons on the Beach.

G-RENI, a well known sight in the skies of Gloucestershire, rose into the air closely followed by Exclusive Ballooning’s own hot air balloon, in the early hours of bank holiday Monday.

Flown by Operations Director Andrew Holly, the Renishaw balloon floated next to the Grand Pier and Tropicana and out over the water line allowing for some fantastic picture opportunities.

Using the wind speeds and direction at different heights, the balloons flew all the way along the Weston-super-Mare beach front over to Brean Sands.

For further information on Balloons on the Beach, follow @HotAirEvents and @XBallooning on social media.