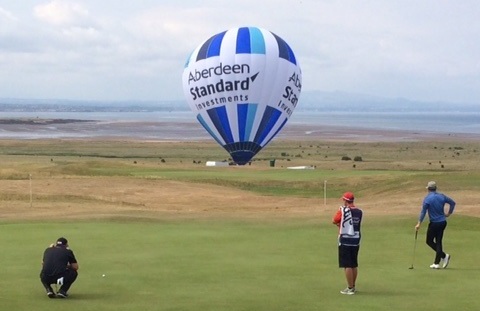 We are pleased to announce the delivery of a brand new balloon for Aberdeen Standard Investments.

The Aberdeen Asset Management hot air balloon was originally launched in 2013, however following  a merger  with Standard Life in 2017, a new balloon was commissioned to mark this event.

We are also thrilled to announce that Aberdeen Standard Investments will once again be a Corporate Partner of The RICOH Lord Mayor’s Hot Air Balloon Regatta and  is also set to attend the Ladies Scottish open later this month at the same Gullane venue.