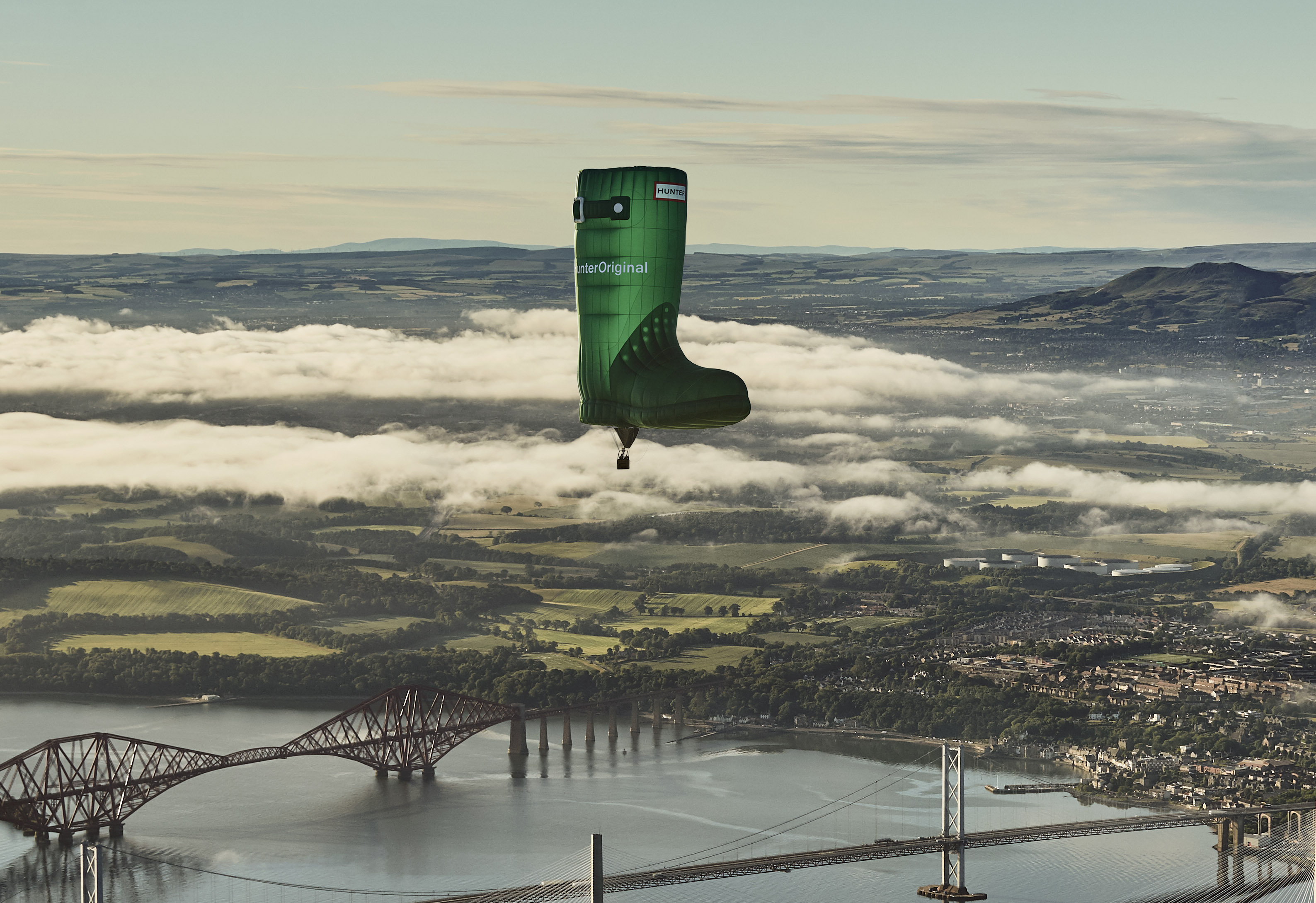 We are thrilled to announce a brand new special shape hot air balloon for Hunter Boots.

The 120ft giant wellington boot is a replica of ‘The Original Wellington Boot’ which is Hunter’s iconic and globally best-selling boot, since being first introduced in 1956.

The boot had its maiden flights in Scotland this month, celebrating the 162-year heritage of Hunter and recognising its birthplace in Scotland. The balloon even carries all the Original boot’s design details, including reference to the 28-part handcrafted construction of each pair, and took just over 900 hours to produce.

The first flight saw the boot launch over the stunning countryside scenery of Biggar and drift over rolling green hills. The next morning saw the giant special shape go on to enjoy a once in a lifetime flight over the Fifth of the Forth Bridges in Edinburgh.

Launching from the Scottish National Gallery Modern Two at sunrise, the balloon floated high with Edinburgh Castle in the background and then over the City and out towards South Queensferry. Drifting slowly over the river,  this was the first hot air balloon to fly over all three bridges, since the new Queensferry Crossing opened last year.

Morning commuters and dog walkers were greeted by the unique sight of a ‘The Original Wellington Boot’ flying over the bridges, eventually landing safely in Dunfermline.

The balloon will now travel to London before heading to Europe to appear at major Hunter events. It will then be returning to the UK for key summer events and then cross the Atlantic to tour the US.