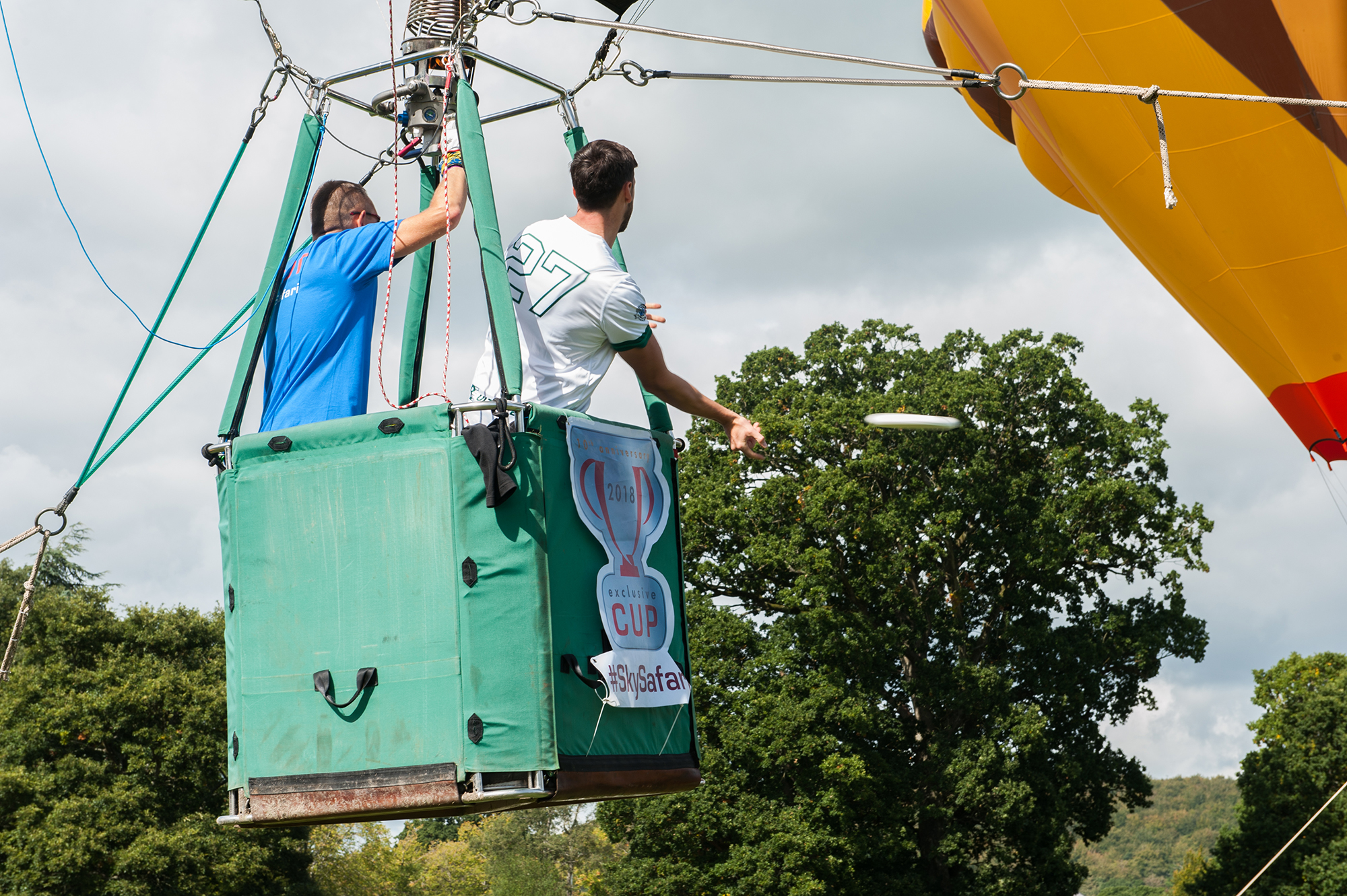 Another record was set at Longleat today as we welcomed two Ultimate Frisbee players to The Exclusive Cup Sky Safari.

Ultimate Frisbee is one of the fastest growing sports in the world and is a fast paced game that involves agility, speed, and accuracy. Phil Robinson and Ben Donohue both play for Devon Ultimate, one of the top teams in the UK, who regularly qualify for the European Championships, and have just come back from their first world championships over in Cincinnati, US.

We had multiple balloons tethering on The Oval throughout the afternoon, which had already drawn a huge crowd. Our brand new Koala and his friend Simbaloo were tethering at the front of the Oval, next to Longleat and were ready to set the stage for the record attempt.

Phil and Ben had been on site since the morning and were introduced to their pilots and baskets that they would be throwing and catching from.

Phil was to be the player throwing the discs from the Koala to Ben, who was ready to catch from Simbaloo’s basket. The tethered balloons ascended to height off the ground and they were off!

It only took four or five attempts before the guys managed to throw and catch their first disc, to cheers from the crowd. There was a team of helpers on the ground collecting all of the thrown discs and racing to return them to Phil who was continuing to throw as many as possible to Ben.

Sixty seconds were set on the clock and everyone began counting the number of consecutive catches. A total of nine Frisbee’s were thrown and caught within one sixty second period – a new record set!

The entire activity was being filmed and the exact distance between the two balloons was measured as 25m. The whole stunt was also supervised by an official timekeeper. The footage, information and testimonials will now be submitted to Guinness World Records in order have this officially ratified.

Congratulations to Phil and Ben!