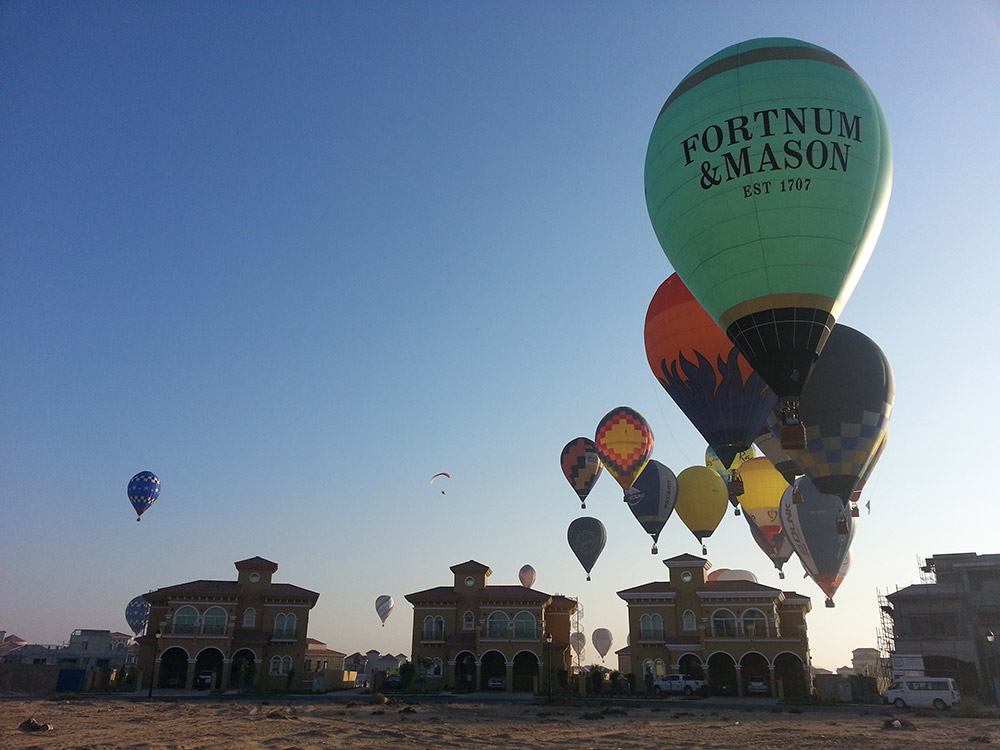 Team Fortnum have finished in 12th position at the World Air Games in Dubai and were the highest ranked British team participating at the event.

Seventy of the best hot air balloon pilots from all around the world were competing at the Games, which is a recognised IOC and FAI event and is the Olympics for all aviation sports.

Pilot Andrew Holly was one of three teams representing Great Britain and was flying the bespoke built Fortnum & Mason racing balloon. Andrew is a three time British National Champion and has qualified and competed at the last two World Air Games.

For each competition flight, targets were laid out in multiple locations miles from where the balloons took off and the pilots had to use the wind direction and speeds at different altitudes to navigate their way to the targets and drop markers as close to the centre of the target. Standards were so high that for many of these tasks, over half of the pilots all dropped their marker within one metre of the centre of the cross. This is particularly challenging given the conditions of the Dubai desert. Andrew’s most successful flight saw him achieve a score of 29cm from the centre!

The Fortnum & Mason balloon stood out from the pack with its distinctive Fortnum branded colour and attracted a lot of attention throughout the week.

On one of the last competition flights, the pilots were honoured to be given permission to fly over the Crown Prince’s private land where a target was set out for them to drop markers. His Royal Highness the Crown Prince Sheikh Hamdan Bin Mohammed Bin Rashid Al Maktoum stood watching all of the balloons flying in, which of course included the stunning F&M balloon.

The multi-million pound opening ceremony set the tone for a world class event held at SkyDive Dubai next to the famous Palm. With ten different disciplines all competing over the weeklong event, over 1000 athletes had the privilege of representing their nations.

Exclusive Ballooning would like to say a huge congratulations to Andrew Holly on his achievement!