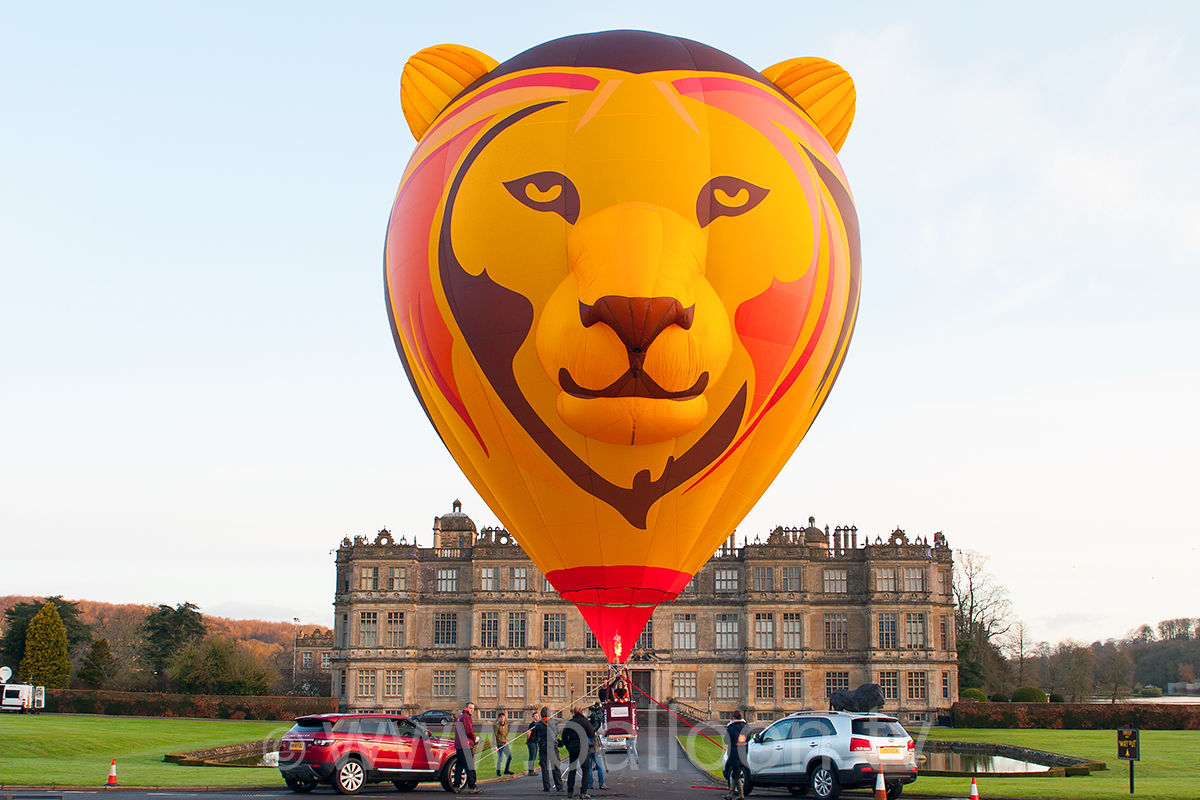 March 30th 2016 saw the unveiling of a brand new Lion special shape hot air balloon. With the picturesque backdrop of Longleat House there was no better place to welcome Simbaloo into the world.

It was the perfect morning to launch Simbaloo for the first time. There were many excited faces from Longleat and Exclusive Ballooning as well as members of the press. Laura Tobin from Good Morning Britain conducted a live broadcast of the weather from the basket to the nation.

In order to promote their Safari Park Longleat chose to have two special shape advertising hot air balloons. Adelaide the Koala joined the pack in September 2018 to celebrate the launch of Koala Creek.

Simbaloo was the first addition to the #SkySafari line up and over the last five years has become internationally recognised. Simbaloo travelled to events all over the UK and the USA, attending the Albuquerque International Balloon Fiesta multiple times. Though Simbaloo can always be found in the skies or on display during the annual #SkySafari at Longleat in September.

Ultramagic Balloons built Simbaloo at their facility in Igualada, Spain. The balloon is from their B Series range and has a volume of 70,000 Cubic Feet. The nose and ears are add on inflatable appendages which give the balloon it’s shape.

Did you know that Hot Air Balloon Advertising is one of the greatest return on investment opportunities for your brand? Just think how many people will see your floating billboard and take pictures of it flying! With the power of social media those pictures and videos can turn a simple flight into a viral trend. Want to know more? Connect with us today to discuss what we can do for you and your brand.