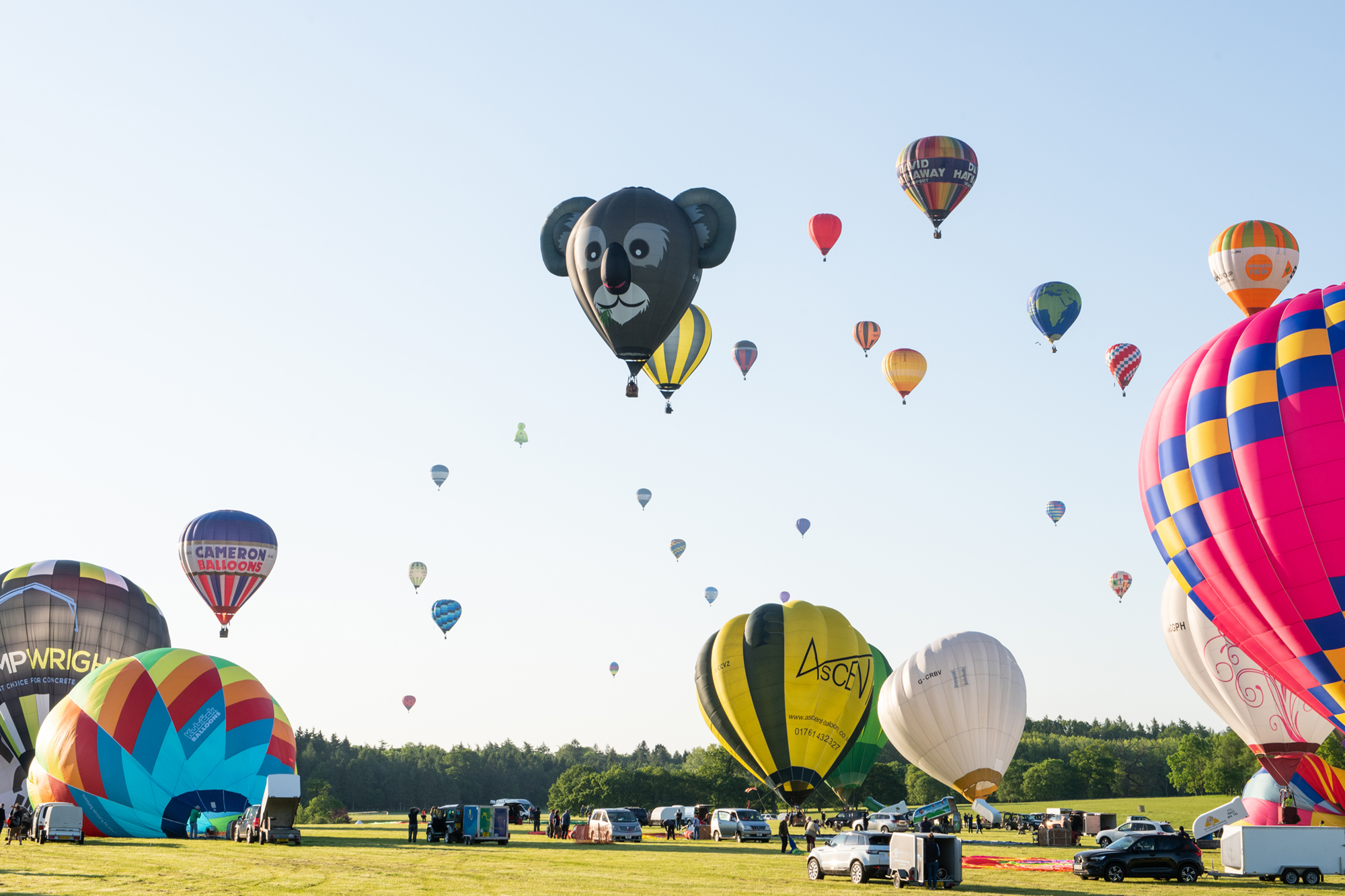 Simbaloo the Lion, Adelaide the Koala, Tall Steve the Penguin, and the Wallace and Gromit Rocket have all taken to the skies above Ragley Hall, Warwickshire for the Midlands Air Festival 2021.

The Simbaloo and Adeladie special shape hot air balloons, both from the Longleat Sky Safari fleet, entertained the crowds on the Friday mass ascent, prior to the night glow.

Saturday morning Tall Steve joined Adelaide floating along the lake at Ragley Hall before landing in Welford On Avon, a welcome sight for all the visitors and residents.

The Wallace and Gromit Rocket made its first public appearance on Saturday evening. Built by Exclusive Ballooning to raise awareness for the Grand Appeal, the balloon was launched from Bristol in September 2020, with the Midlands Air Festival being its first public flight.

The rocket took to the skies once again on Sunday morning, for a slow flight around the arena. Bringing to close the flying activity for the event.

The Sky Safari fleet looks forward to returning home to the Longleat Estate in Wiltshire, where they’ll be returning for their signature night glow 10th-12th September 2021.