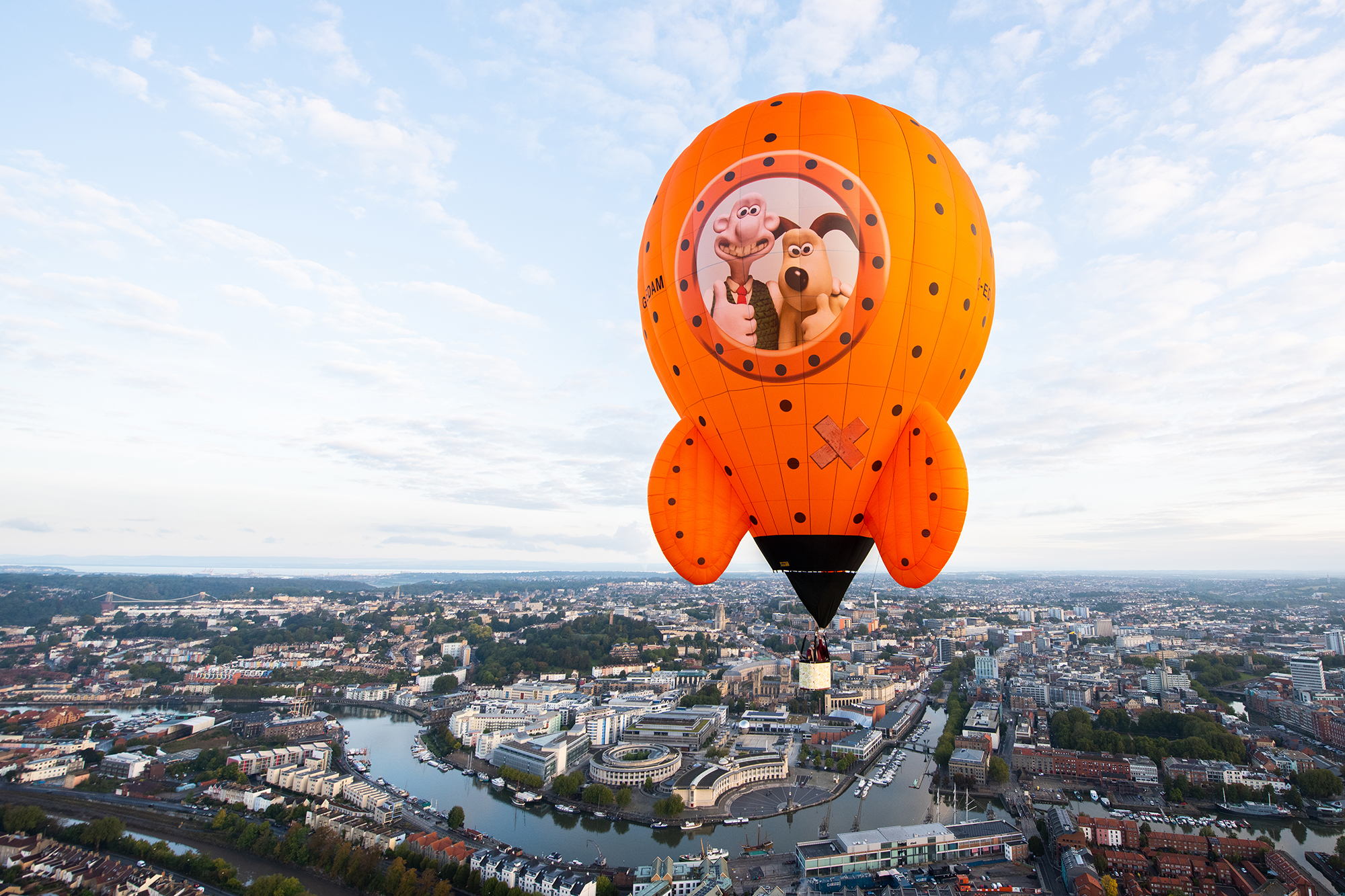 The famous duos very first invention, as seen in A Grand Day Out has been reinvented into a special shaped hot air balloon to raise money for charity.

The bright orange balloon took off from Bristol Harbourside this morning for its maiden flight, with Aardman co-founder and Creative Director, Peter Lord present to carry out last-minute inspections.

The balloon was created by Exclusive Ballooning who collaborated with Aardman on the design before sponsoring the balloon in support of Wallace & Gromit’s Grand Appeal, the dedicated charity for Bristol Children’s Hospital.

Peter Lord commented: “Being based in Bristol how could we not love the sight of hot air balloons and now here we are, launching one of Wallace & Gromit’s very own contraptions. It is quite something to see one of our models standing at 23 metres tall!

“Our partnership with The Grand Appeal is something we are all so proud of and to now launch this flying spectacle to help raise money for the children, families and staff at Bristol Children’s Hospital is something truly special.

Andrew Holly, director of Exclusive Ballooning set his sights on building a hot air balloon for the charity after his daughter, Roma was treated at Bristol Children’s Hospital in 2018.

He said: ““My wife and I were at Bristol Children’s Hospital in 2018 with our eight day old daughter Roma after she developed some breathing issues. Fortunately, all was well and Roma is already crazy about hot air balloons, rockets and Gromit so she really is going to love this! Whilst in the hospital overnight, I was inspired by the fantastic balloon mural that adorns the corridors and I realised we could really help The Grand Appeal raise some serious funds. The charity does such crucial work valued by so many people at difficult times, it was a no brainer. We decided we would privately sponsor the balloon in full and it was built in complete secrecy.

“We are so excited to be able to launch it into the Bristol skies and will be working with Aardman and The Grand Appeal over the coming years to raise as much money and awareness as we can for the charity, directly benefitting the families of Bristol”.

From balloon flights, workplace and school visits, tethered rides and displays to sponsorship and fundraising stunts, the Moon Rocket will further diversify funding streams for the charity – generating vital funds to support the patients, families and staff at Bristol Children’s Hospital and its Neonatal Intensive Care Unit at St Michael’s Hospital.

Those who spot or capture the rocket in flight are encouraged to post their photos and videos on social media using the hashtag #spottherocket to help raise awareness of the balloon and the thousands of sick children it will support.